THE CITY OF FELTRE

The main town of the valley, Feltre is located in the province of Belluno, west of the Piave river and at the feet of the Dolomites that here are called Vette Feltrine. The city’s most ancient settlement extends along the sides of the hill, Colle delle Capre, and overlooks the neighbourhoods that were erected at the feet of the hill in subsequent periods. Originally dating back to the Paloeveneti and the Rhaetians, Feltria became a Roman Municipium from the II century b.C. With the fall of the Roman Empire and the invasions of the Huns and the Goths, the city suffered major impoverishment and was twice destroyed and rebuilt. Under the powerful bishopric, it became a free Comune and between the 13th and the 14th centuries it came under the control of several lords. Finally, in 1404 it donated itself to the Republic of Venice to escape the power of the Carraresi families. After the fall of Venice, it was first taken over by the French and then occupied by the Austrians before its annexation to the Italian Kingdom in 1866. It was harshly hit during the second world war, when it was one of the main centres of partisan activities. Feltre was chosen as pilot site for the Veneto region in the INTERREG Italy-Austria “IDEE” project whose aim is to promote efficient and innovative energy systems in urban areas. IDEE follows up on the previous INTERREG “Urban Energy Web” project, which was devoted to designing and implementing shared know-how on the reduction of energy consumption and the development of renewable energy at urban level.

Another major factor which contributed to Feltre being included in the project, is the local municipality’s willingness to become acquainted with and open up to new topics and forward-looking and environment-friendly views (something that is rather rare in the area of Belluno). In addition, the city is looking for ways to solve its air pollution issues, especially those arising from domestic heating. Indeed, despite a slight decrease in recent years, Feltre’s pollution levels for fine particles (PM10 and PM2.5) remain high.

However, the city’s main concern is benzopyrene. Considered as carcinogenic to humans by the International Agency for Research on Cancer (IARC), the levels of benzopyrene in Feltre are more than double the threshold value set by Italian Legislative Decree 155/2010 (2.1 ng/m3 against 1.0 ng/m3) and that cause Feltre to rank among the worst performers in the Veneto region for this pollutant. The case study of Feltre (alongside Maniago for Friuli-Venezia-Giulia and Salzburger Seenland for the Austrian side), will be used to show which energy-related advantages (savings and drops in consumption) and environmental advantages (better air quality) the suggested measures can bring and how practices can be exported to other locations in the cross-border area. 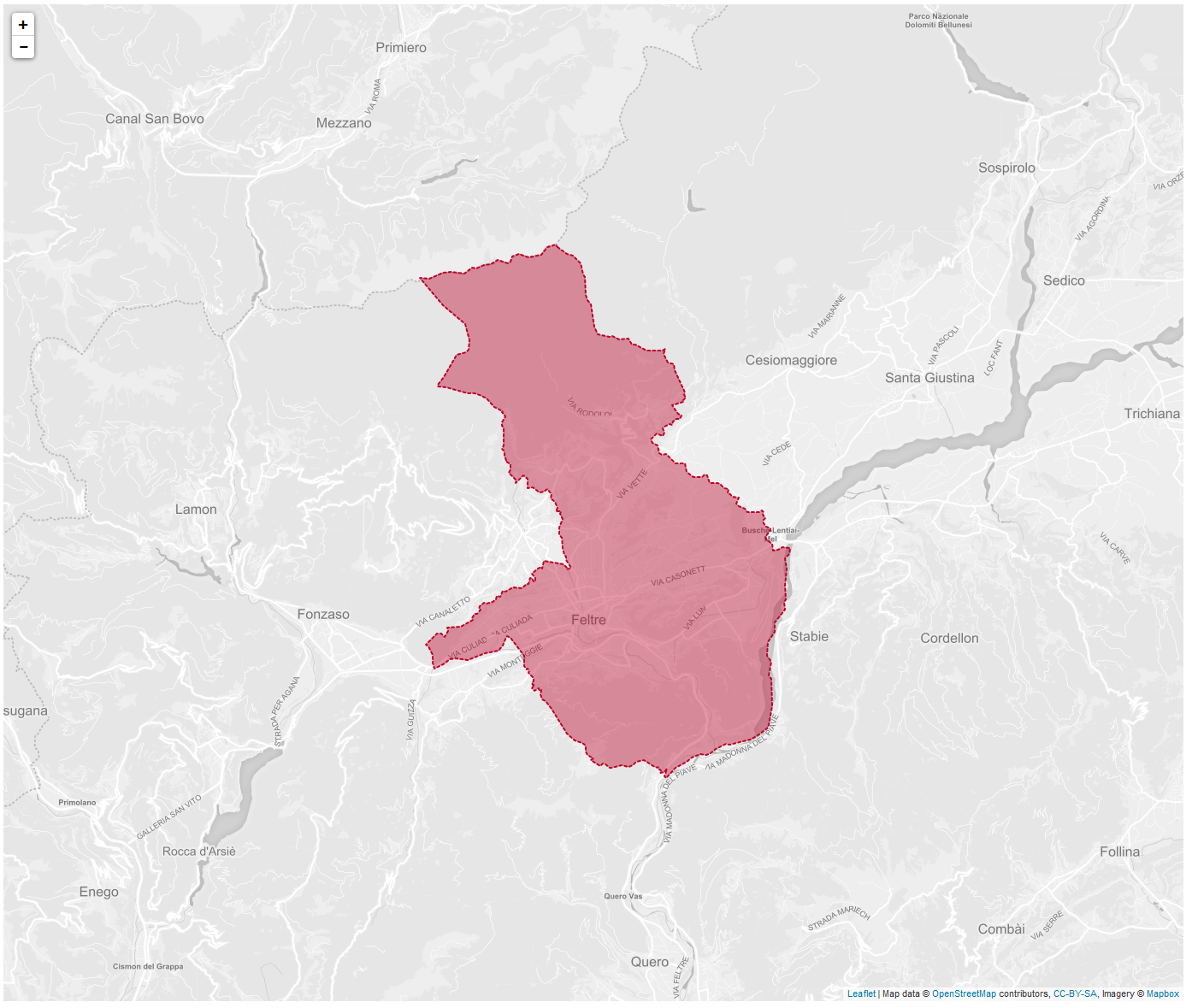